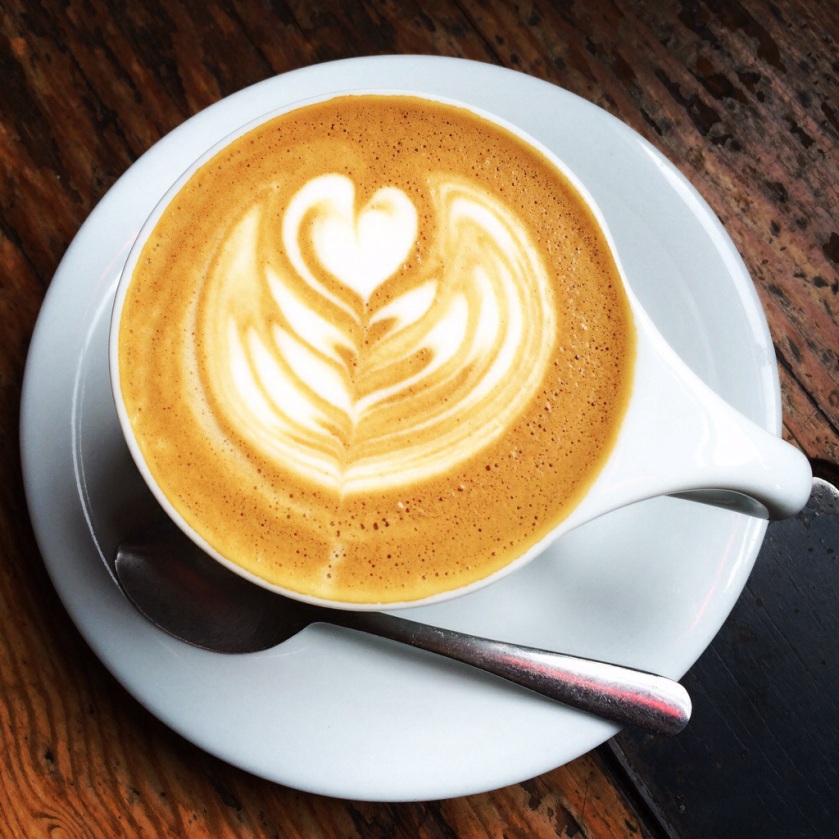 It’s my 100th post!  A couple of weeks ago, after I published my 99th post, I started to feel a little anxiety over what my 100th post would look like.  I initially thought that I wanted to do something BIG and insanely complicated.  A blog post that would cause balloons and confetti to fall from the sky.  But, that didn’t exactly happen.  Instead, I got myself so wound up about my 100th post, that I couldn’t seem to write anything at all.  And soon after that, I was out of town for two weekends in a row! So, instead of a big, complicated recipe, I’m going to show you some of my vacation photos!

I make no bones about the fact that someday I would like to retire in Portland, Oregon.  Our dearest friends relocated to Portland in 2011 and have been enticing us to move there ever since.  And since my feet first landed on Portland soil that first time in 2011, I’ve fallen inextricably, entirely in love with the place.   Every year that we visit, I fall in love a little deeper and every year, it gets a little harder to adjust to being back in the desert.  I’m trying to put my finger on exactly what has captured me so–is it the coffee?  the microbrews? I’m not entirely sure, but I have a feeling it has to do with all those green things that seem to grow so easily there!

Normally we visit Portland during the height of the summer in order to give ourselves a break from weeks of triple digit temperatures.  Portland summers are warm and dry, although much cooler than what we’re used to at home.  This year, we decided to visit a little early for the simple reason that I wanted to see the rain. That might sound funny to you, but I seriously cannot remember the last time it rained here so a vacation with grey skies is exactly the kind of vacation I need! Even still, I was not prepared for the riot of chlorophyll that greeted me when I stepped off of the plane!  Portland in Springtime can only be described as verdant; aggressively green and covered in flowers. 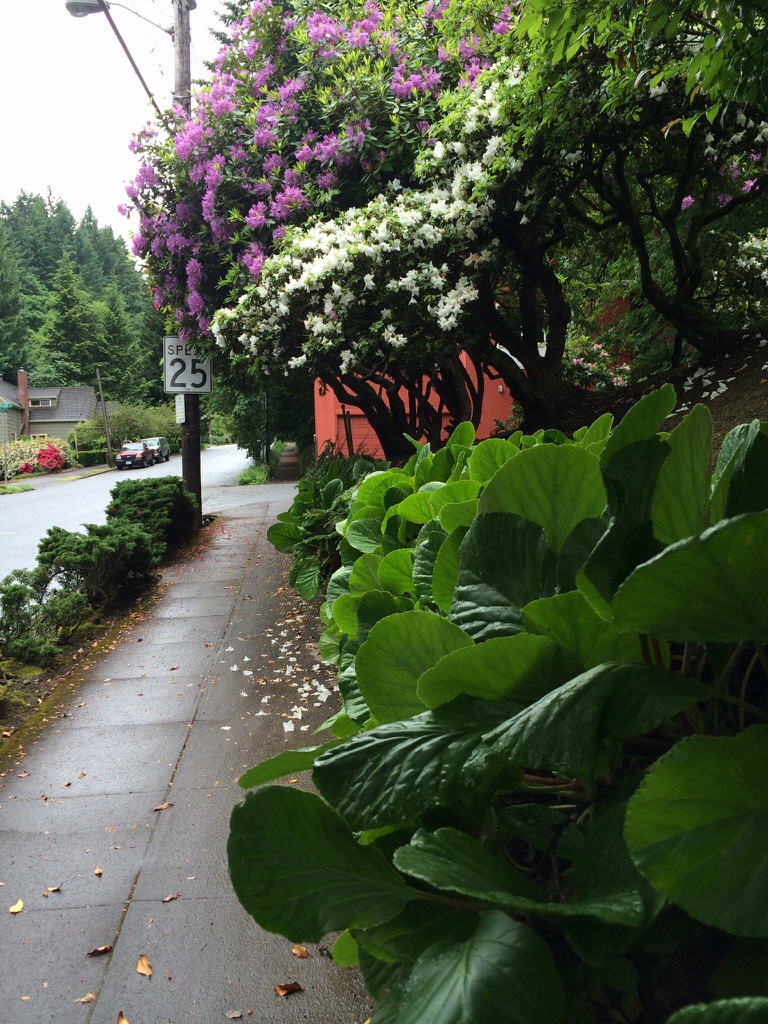 Portland had a little more in store for us this year…a “boil water notice”.  I’m sure you heard about it on the news, but the City of Portland issued it’s first ever boil alert after discovering e-coli in the water supply the day after we arrived!  I promise, we had nothing to do with it!  Turns out that part of the city’s water supply is stored in uncovered reservoirs at the top of Mt. Tabor.  When testing revealed the bacterial contamination a “boil water notice” was put into effect which basically meant that any water to be consumed had to be boiled first! So, we did what any good Portlander does in this situation.  We drank lots of beer and coffee! We also had some of the best meals we’ve ever eaten! The first night in town we had amazing 5 course dinner at Le Pigeon. Last year we dined at their sister restaurant, Little Bird, but where Little Bird is more rustic-French, Le Pigeon is its refined older sister.  I tried something I’d never had before–a dish of pigeon in a blood sausage puree.  Let me tell you, pigeon is freaking amazing!  The flesh is deep red, like duck breast, and it was so juicy and flavorful! The blood sausage was a revelation–faintly minerally in a way that reminded me a little of liver, but more subtle, it was lick-the-plate good!  The restaurant itself is tiny, so reservations are a must–but if you are ever in the area, you must try it out! 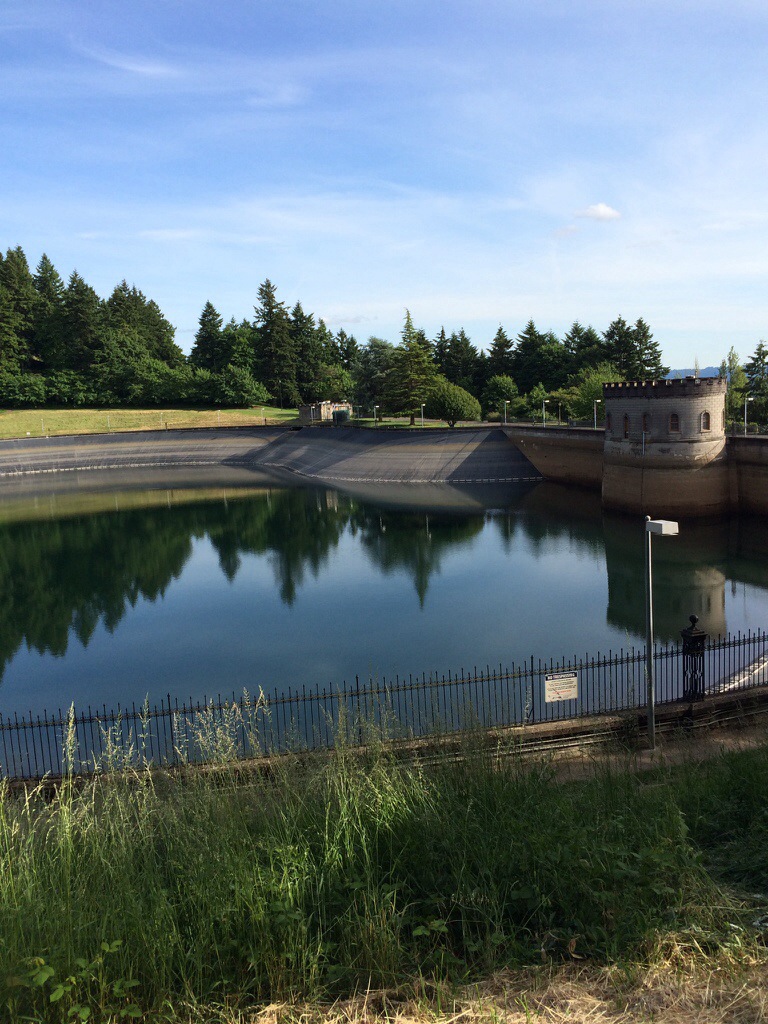 We managed to fit in a short hike to Multnomah Falls, which is almost indescribably beautiful! 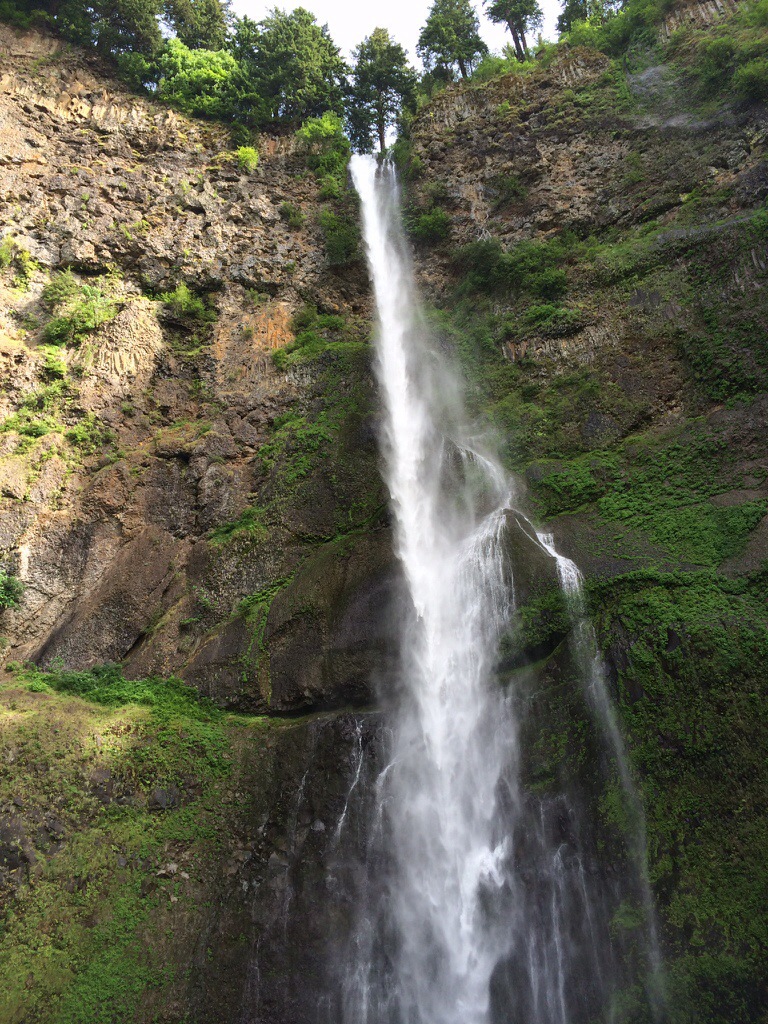 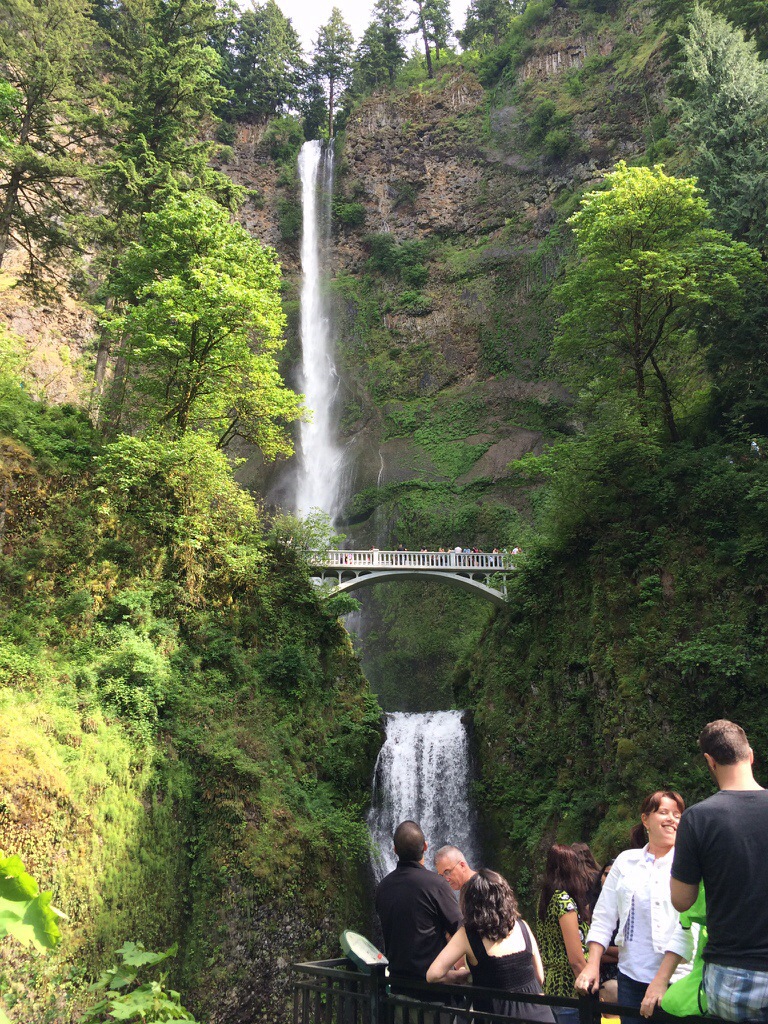 And no trip to Portland would be complete without a trip to the Portland Farmer’s Market!  I have yet to visit a farmer’s market that rivals it in size and variety of produce, meats and food stalls!  The farmer’s markets that I have access to in Las Vegas are tiny in comparison, so my mind is blown every year.  Since we were there early in the growing season, there wasn’t the usual abundance of summer berries and heirloom tomatoes, but there were plenty of other tasty treats! 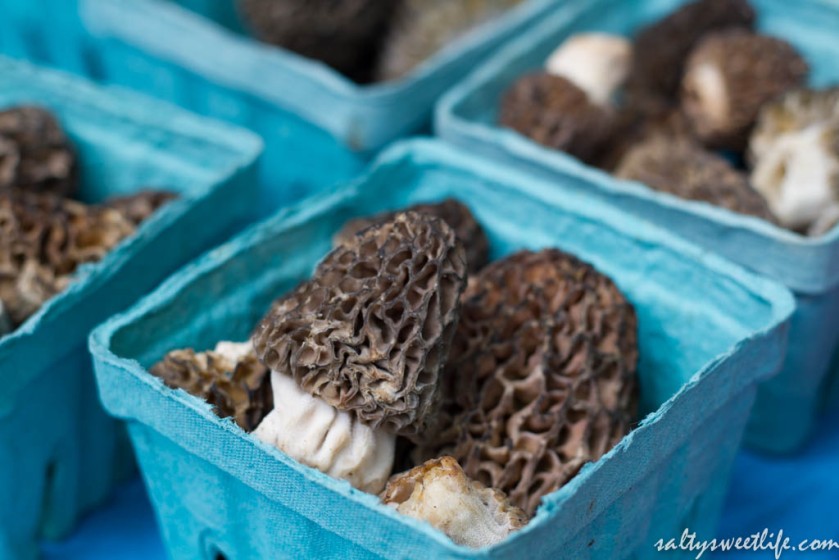 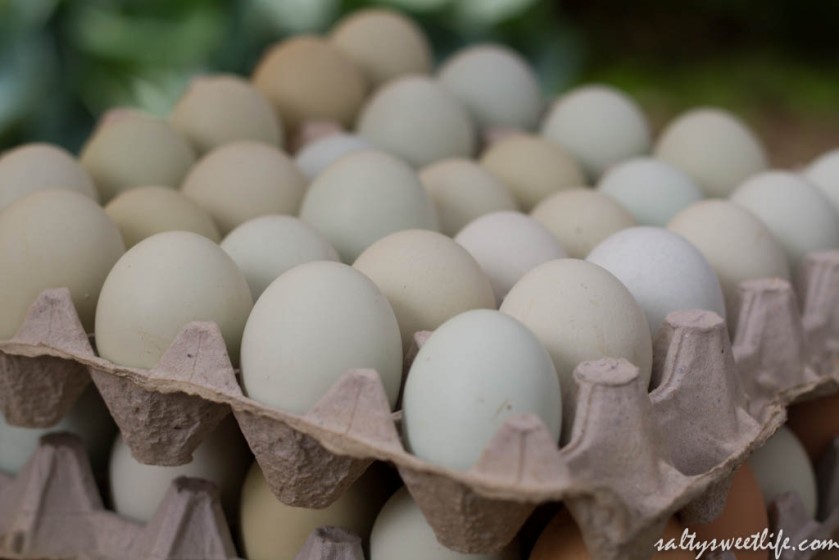 Look at these gorgeous eggs! 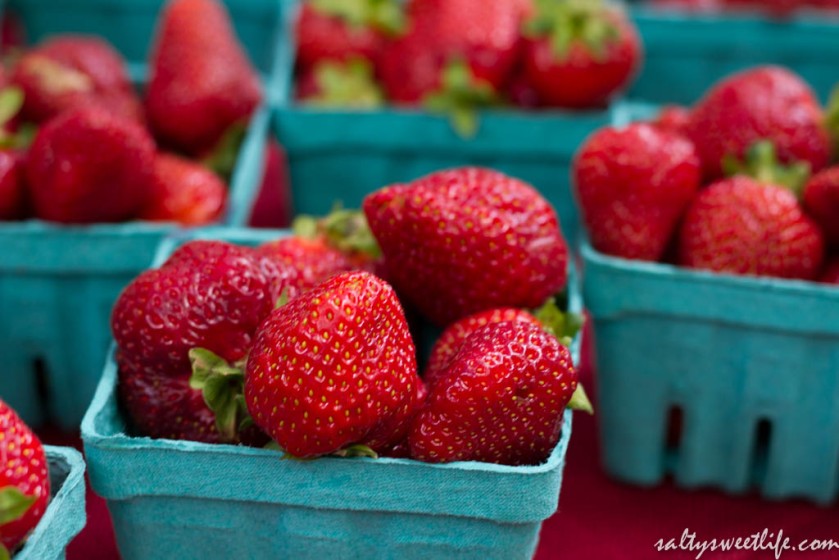 We bought a couple of pints of these amazingly sweet strawberries!

The market was brimming with the most dazzling peonies! 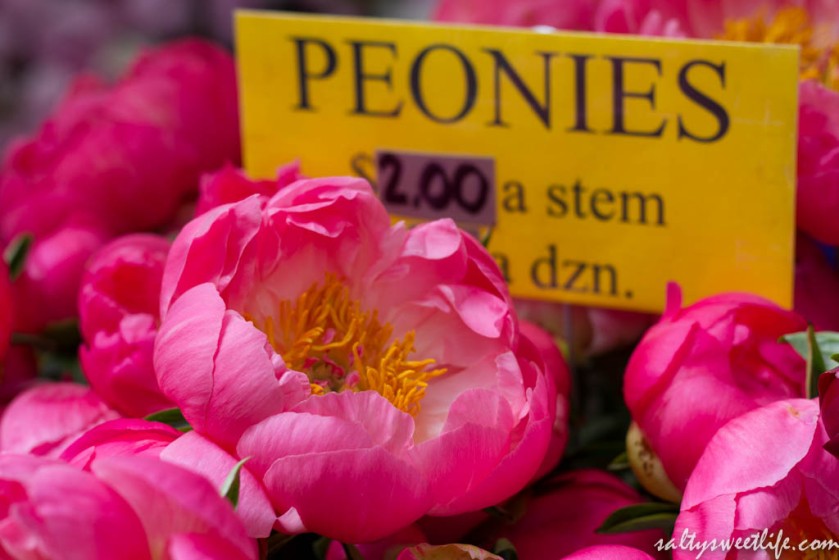 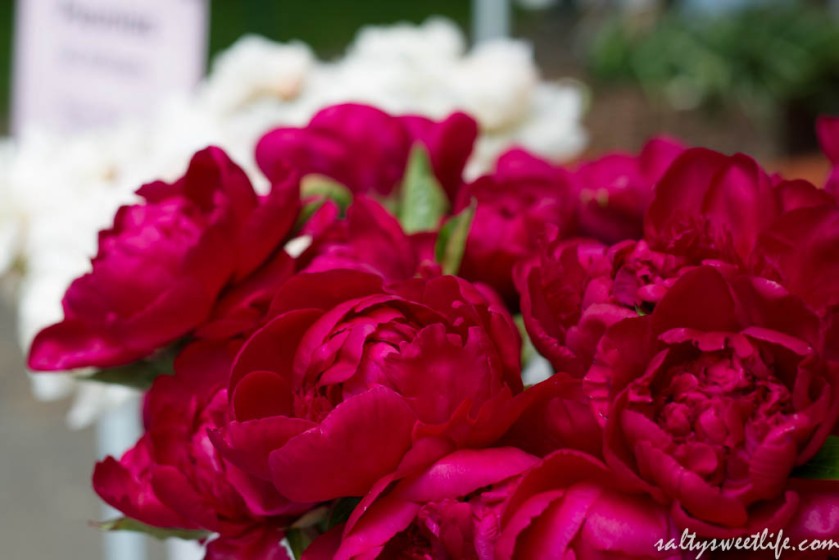 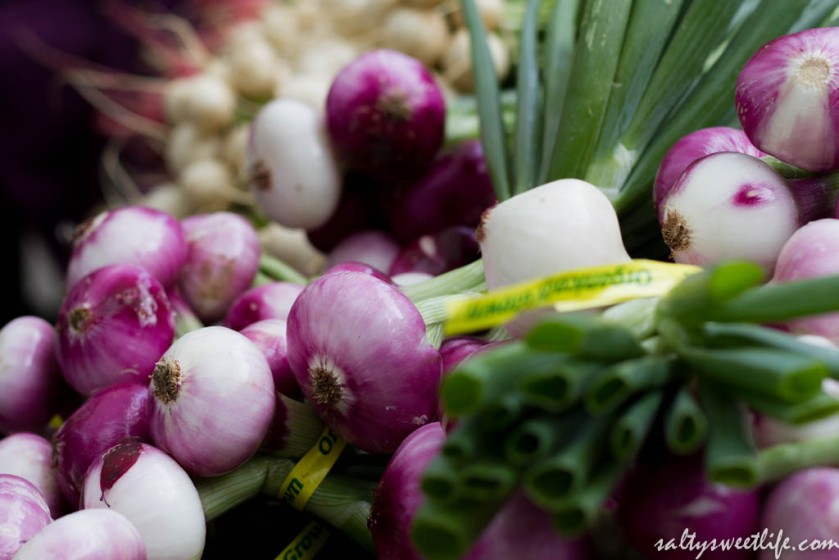 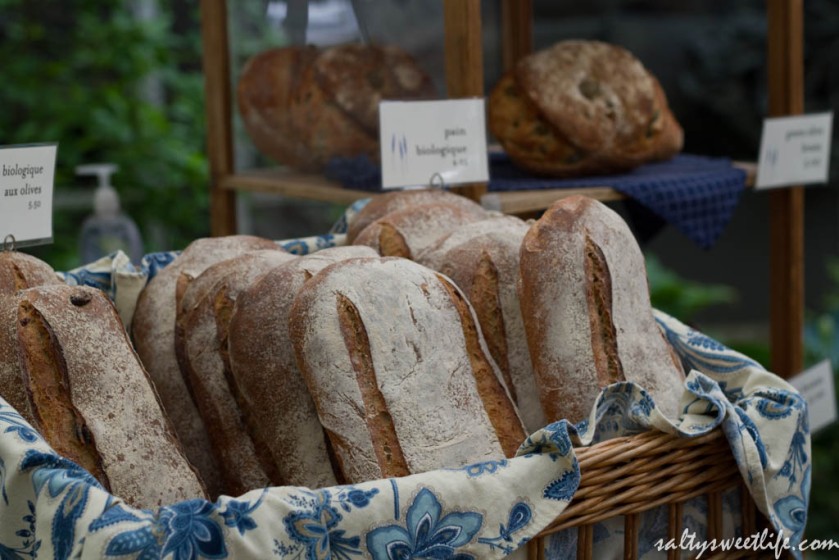 After all was said and done, we gathered up our treats to make a candlelight dinner with our friends! We had such an amazing time, but it went by way too quickly. 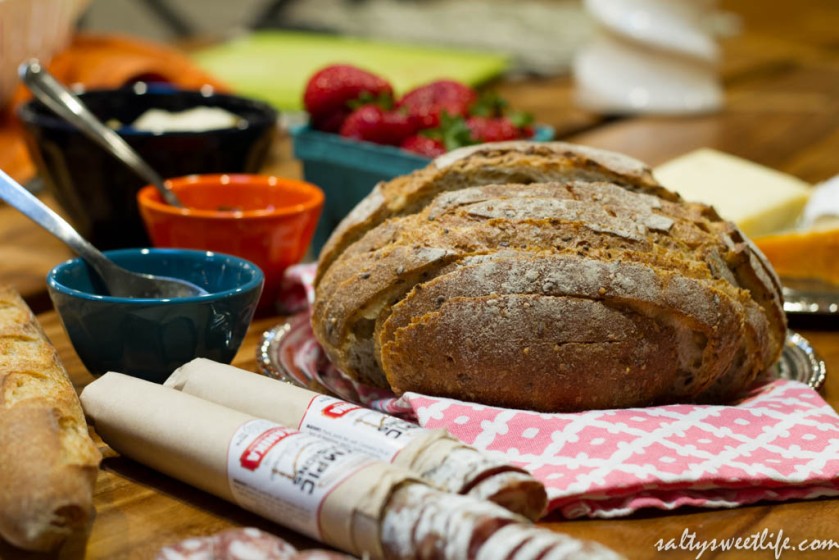 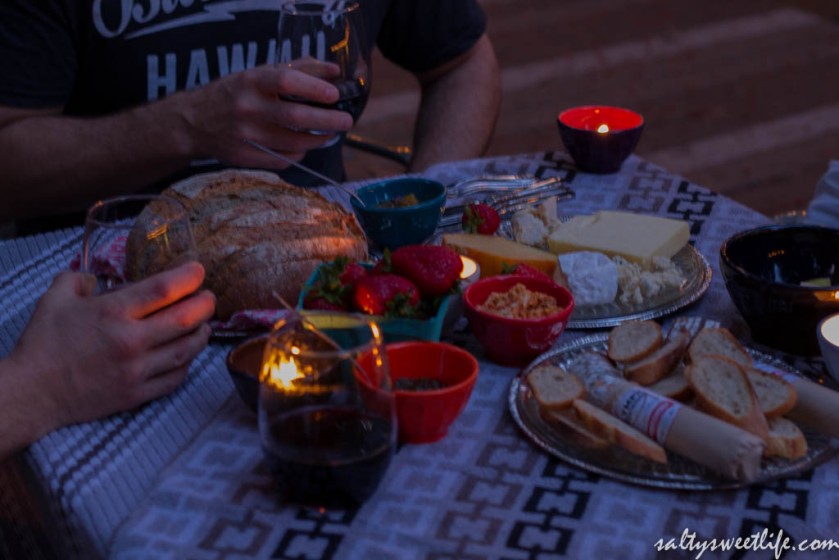 I can’t take these guys anywhere… 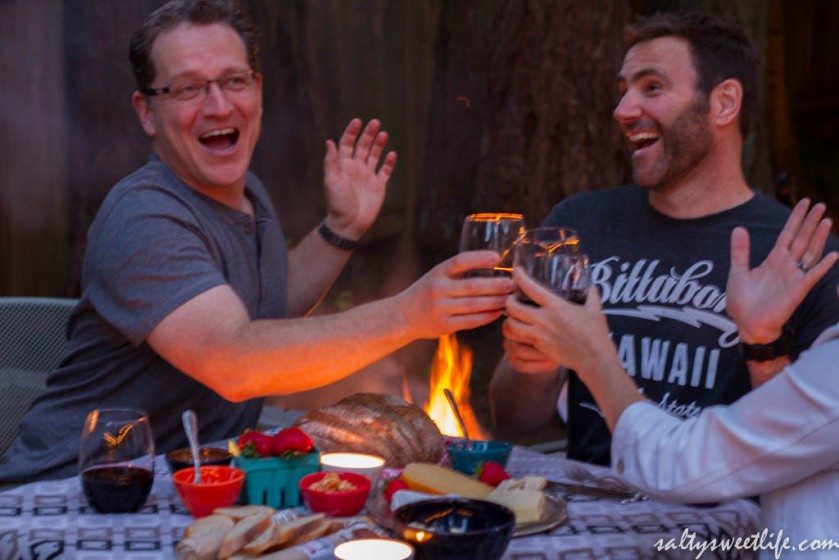 A couple of goofballs.

Well, I’m back home now and it’s time to get back in the kitchen to make some great food! If you’d like to see more photos from this trip, you can find them on my Facebook Page and on Instagram.

Leave a Reply to Just A Simple Guy Cancel reply